One of the most promising drivers in Formula One, Sergio Perez – known as “Checo” – arrives at Sahara Force India determined to help the team’s progress towards the front of the grid.

Born in 1990 in Mexico, Sergio comes from a motorsport family: having raced cars himself, his father Antonio was active in driver management. In this environment, it was natural for young Sergio to start his career in karting at the age of six, winning junior categories and quickly progressing to shifter karts.

A move to single seaters at the age of 14 and the start of a long-standing partnership with Escuderia Telmex saw him take part in the Skip Barber National Championship in the United States; the following year, in 2005, Sergio moved to Europe to compete in Formula BMW.

After two years in this category, including a two-race stint in A1GP for Team Mexico, Sergio graduated to British Formula Three, dominating the National Class in 2007 and claiming four wins on his way to fourth in the International Class in 2008. A first appearance in the GP2 Asia Series saw him complete a lights-to-flag win in Bahrain and a call-up to GP2.

In his second year in the Formula One feeder series, Sergio won races in prestigious venues such as Monaco, Silverstone, Hockenheim, Spa-Francorchamps and Abu Dhabi to mount a title challenge and finish runner-up to Pastor Maldonado. His performance earned him promotion to Formula One with Sauber.

In his first season in the pinnacle of motorsport, in 2011, five finishes in the points helped cement his position in Formula One. Confirmed at Sauber for 2012, he claimed three podiums including two second places, on his way to tenth in the Drivers’ Championship (66 points). Sergio demonstrated an incredible ability to extract the best out of the car in changing weather conditions, pushing eventual winner Fernando Alonso closely in Malaysia and performing incredible comebacks in Canada and Italy.

A move to McLaren for 2013, replacing Lewis Hamilton alongside former World Champion Jenson Button, gave Sergio vital experience of the workings of a top team: 11 points finishes, including four consecutive ones in the final four races in the season, set him up as a consistent driver, earning him a place in the Sahara Force India (now Racing Point) Formula One team line-up for 2014 and beyond. From joining the team in 2014, Sergio had six podium places and ended his final season with the team with his first Formula One win in the penultimate race of the 2020 Season at the Sakhir Grand Prix.

Perez has been recruited by Red Bull Racing as Official Driver of their Formula One Team. 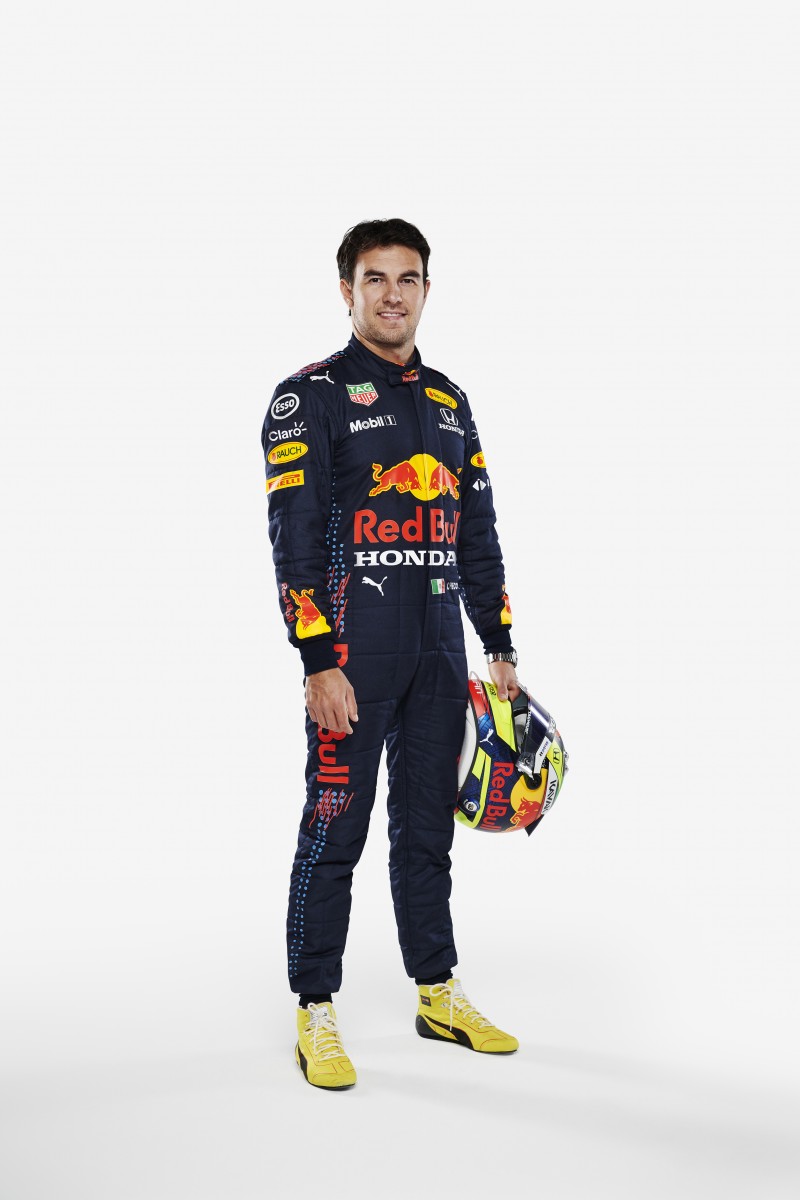 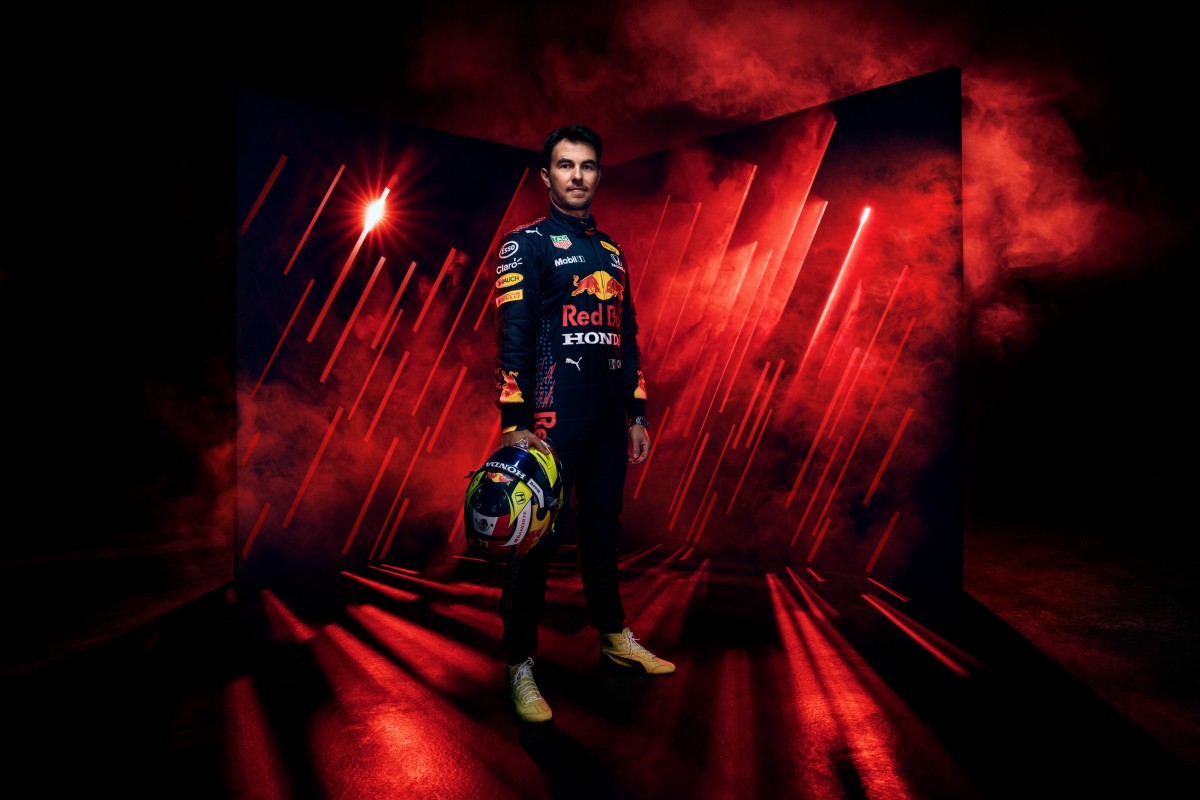 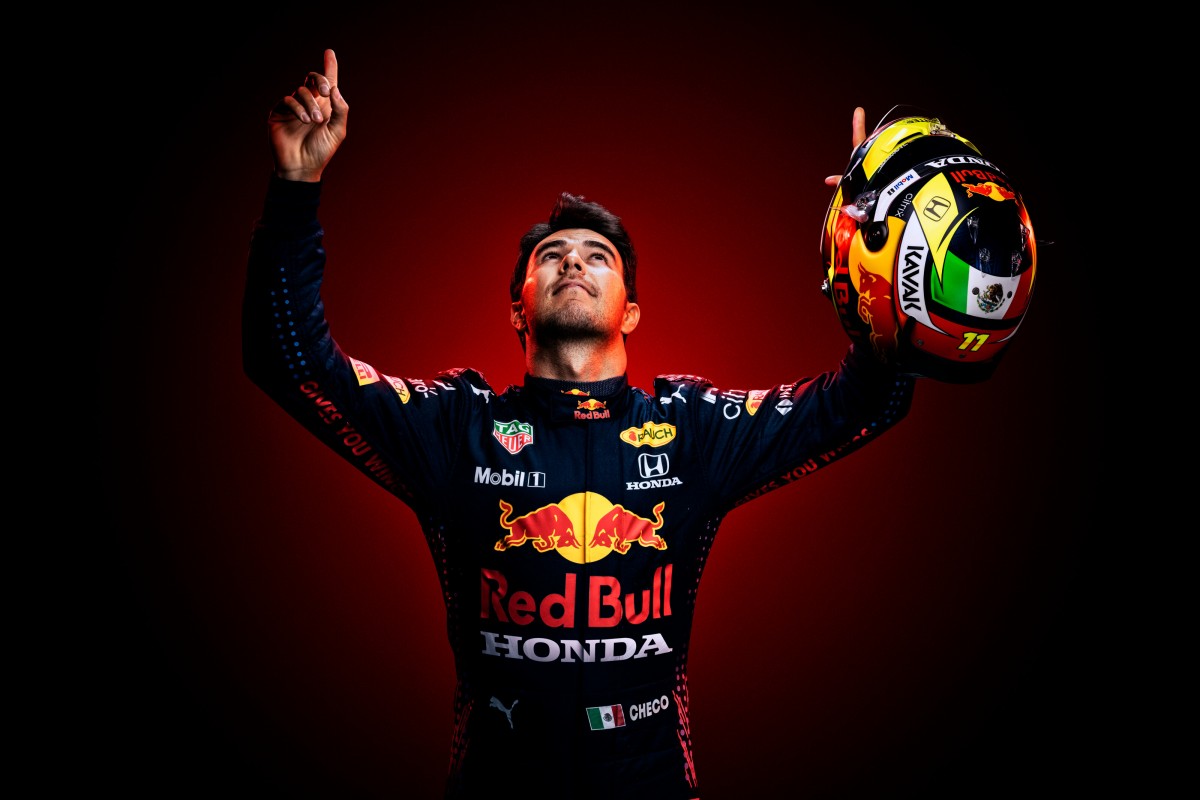